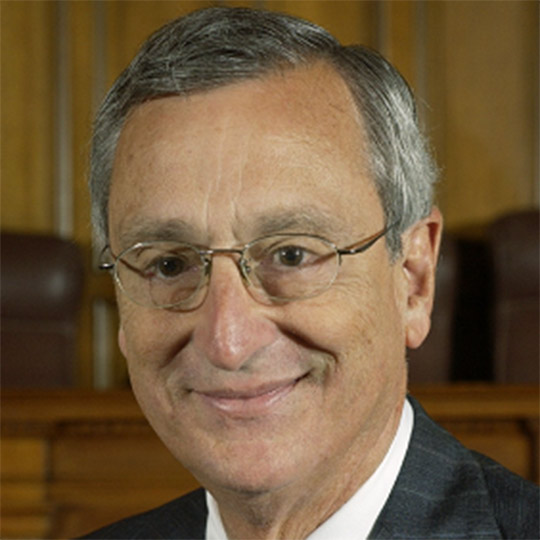 Justice Boehm began his long legal career as a law clerk to Chief Justice Earl Warren and retired Justices Stanley Reed and Harold Burton during the 1963 term of the United States Supreme Court. In 1964, he joined the Indianapolis law firm of Baker & Daniels, becoming partner in 1970 and managing partner in 1980. He also served as deputy general counsel to Eli Lilly, and was appointed to the Indiana Supreme Court in 1996. He retired from the Court in 2010 and is currently practicing law as a partner with Hoover Hull Turner, LLP. Justice Boehm received his undergraduate degree from Brown University and his law degree from Harvard Law School. He was awarded the Sagamore of the Wabash by five governors and has received many other awards including the Michael Carroll award for dedication to the Indianapolis community and the Silver Gavel award for civility from the Indianapolis Bar Association.