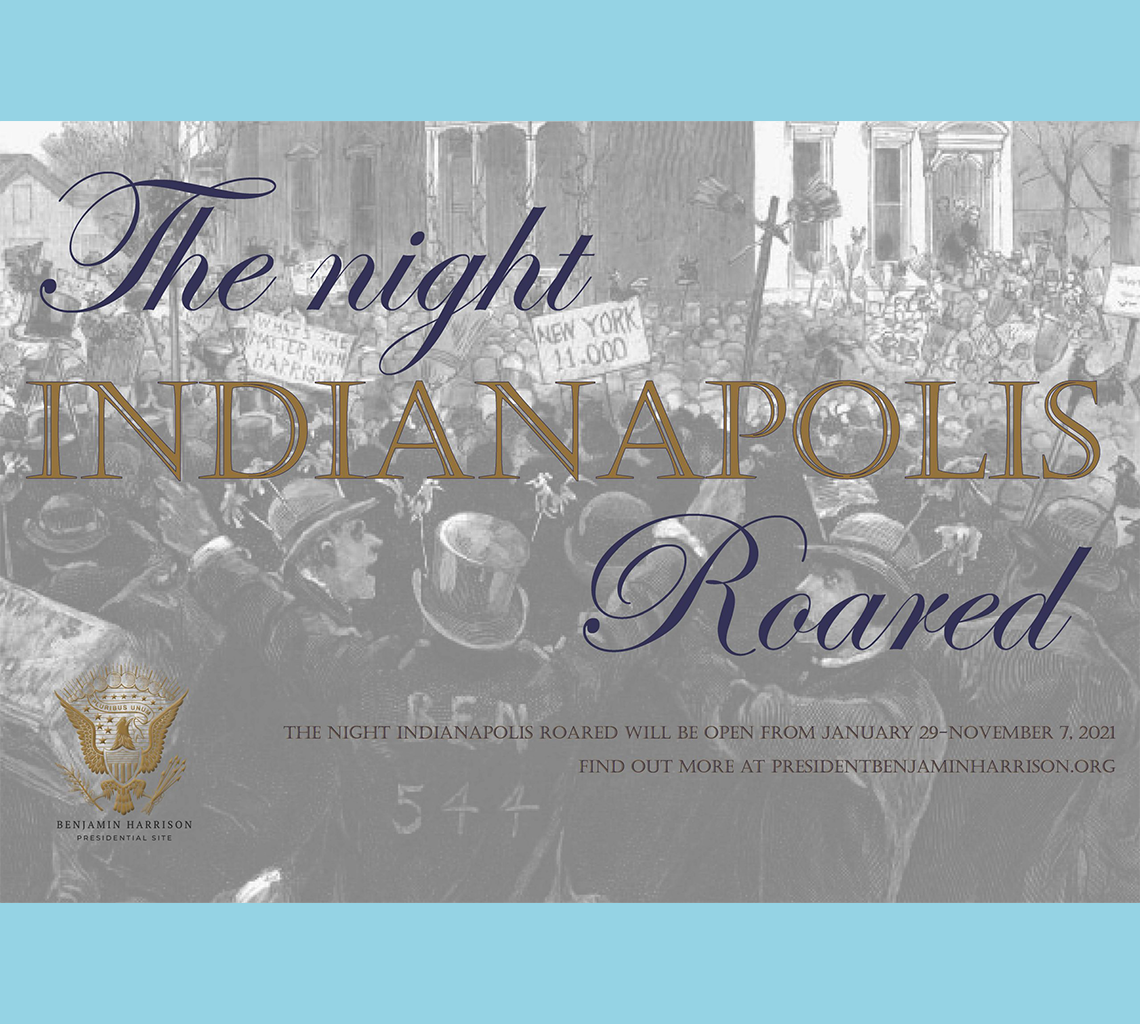 On June 25th, 1888, the news flashed across the city, with voices swelling together into a roar of excitement. Only six decades after its founding, Indianapolis had cause for jubilation as one of its own stepped into the national spotlight. This astonishing story is explored by the upcoming exhibit, The Night Indianapolis Roared, detailing the unexpected turn of events in a single day as one of the city’s most highly respected citizens, Benjamin Harrison, won his party’s nomination for the President of the United States of America.

The exhibit will showcase the intertwining timelines, lives, and occurrences of June 25th, 1888, and showcase memorable items from Harrison’s campaign and nomination, highlight his diverse base of support from across the community, revisit the spontaneous celebratory parade, using primary resources and personal accounts. Be sure to join us in celebrating a unique bicentennial moment from this night of Indianapolis’ history.

The Night Indianapolis Roared will be open from January 29-November 7, 2021.